This 3 DVD set features Nir Maman in ISRAELI CONNECTION. The first DVD is hand-to-hand fighting, including moves no one has ever seen before outside the Israeli Spec Op world. The second video is a ground fighting video and the third is a knife and gun disarming DVD.

Out of stock
Description

NIR MAMAN (pronounced Near) in the Israeli Connection is a former Israeli special forces commando and top hand-to-hand combat instructor. His long-range reconnaissance unit, the feared Sayeret Golani, roamed deep into enemy territory, fighting, capturing and eliminating terrorists and insurgents. Usually, there were only 4 men in his unit. Alone, without back-up, miles from safety, and with less than one-fourth the training our own Spec Op soldiers receive, these men faced constant, unrelenting and vicious counter-guerrilla combat. These men did not have the luxury of long training. Israel has a limited population, and the men who join the Special Forces must get up to speed faster than any other soldier in the world.

Don't forget to check to see if you need AAA Energizer Batteries.

Manufactured by Streetwise Security, this Extreme T6 Headlight is hands-free and allows you to see up to 100 yards away..... even in pitch dark. It is a multi-use headlight that can be used for just about anything. Perfect for hunting, cycling, climbing, camping, fishing, running, or walking.

Kubotan made of solid steel with silver mirror shine finish. These kubotans are 5.5 inches in length and easily attach to your keychain. Kubotans are not regulated and legal to carry. Perfect for college students to carry on campus, carry in parking lots, carry most anywhere and used by everyone. 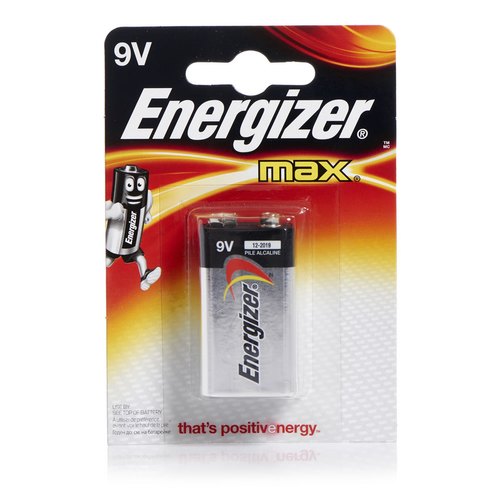 9 Volt Energizer Battery. Don't forget to order batteries. Check to see if the product you are purchasing requires 9 volt batteries and how many the product uses.