Police Force Tactical Stun Baton Flashlight has a shock proof exterior made of military grade aluminum alloy. This strong exterior allows the unit to be used as a self-defense tool for striking an assailant and can withstand rugged use and extreme conditions often encountered by the military and law enforcement officers.

Police Force Tactical Stun Baton Flashlight has a shock proof exterior made of military grade aluminum alloy. This strong exterior allows the unit to be used as a self-defense tool for striking an assailant and can withstand rugged use and extreme conditions often encountered by the military and law enforcement officers.

The Flashlight has a 3 Watt CREE LED with 5 Light Modes. This is the strongest light built into a stun baton. It will not only safety illuminate the entire area at night but can also be used to protect you. When aimed in the attackers eyes, the ultra-bright 150 lumen light can have a temporary blinding effect making it easy for you to immobilize them with the stun gun or strike with the baton.

Police Force Tactical Stun Baton Flashlight Features:
Police Strength Protection: Engineered for Police, Military, and Security Professionals, now available to civilians.
Triple Stun Technology: This unit incorporates Triple Stun Technology (TST) which allows the electrical charge to alternate between three separate points on the top of the stun baton (two sides and the middle).
Tactical Striking Edge: Increases effectiveness as a self-defense tool and as an emergency glass breaker.
Military Grade Aluminum Alloy: The shock proof exterior not only protects the unit from damage but can also be used to strike your assailant.
Blinding 3 Watt Cree LED Light: Not only will the flashlight safely illuminate the entire area at night, but it can also help to protect you. When shined in the eyes of an attacker, the ultra-bright light can have a temporary blinding effect making it easy for you to immobilize them with the stun gun or strike with the baton.
Long Life LED Bulb: The LED Bulb will last up to 100,000 hours.
5 light modes: There are three light strengths (maximum, medium, and low) and two light patterns. When the situation does not require maximum light the other two settings can be used to extend the battery life. The strobe light mode can momentarily blind an attacker and the SOS rescue light pattern can signal for help in an emergency.
Long Reach: At 13.5 inches long this tactical baton is long enough to keep you a safe distance away from your attacker.
Wall Charger: Recharging made easy.
Removable Rechargeable Batteries: A set of rechargeable batteries is included.
Economically and Environmentally Friendly: The stun gun and flashlight are fully rechargeable and the light bulb has a life of up to 100,000 hours.
Safety Features: To prevent accidental discharge, three levels of safety have been built in. The push button tail switch must be pushed to the on setting, the function-select button must be set on stun, and the stun activation button must be pressed.
Holster and Wrist Strap Included: To make it easier to carry, both a heavy-duty holster with belt loop and a wrist strap are included.
Lifetime Warranty: The Police Force 12 Million volt is made of the highest quality components and comes with a lifetime warranty. (note: the batteries are not included in the lifetime warranty) 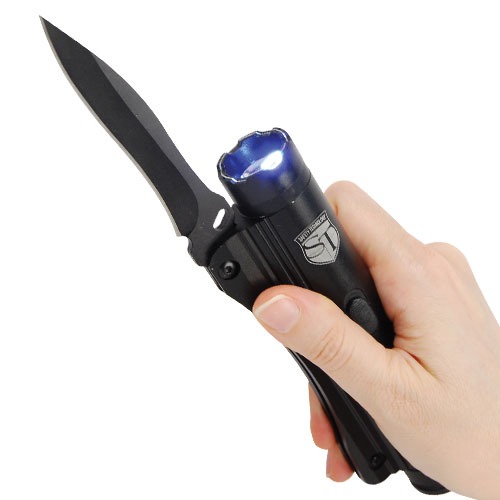 This Safety Technology Stun Gun, Knife, and Flashlight is the perfect weapon for anyone. It has it all. No need to carry 3 different weapons. This is an All-In-One weapon. It's a stun gun, knife, and flashlight all-in-one. Carry it in the free nylon belt holster, carry it in your hand, pocket, briefcase, backpack or purse. Makes a great gift for real estate agents, college students, nurses, medical staff or anyone. 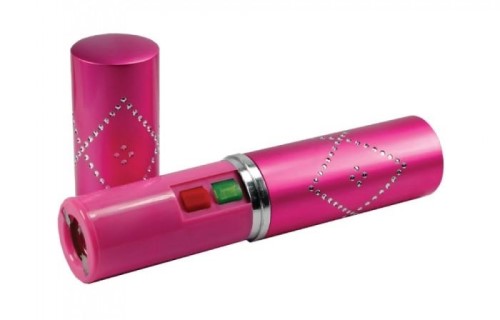 You won't regret buying this Stun Gun disguised as a Pink Perfume or Lipstick Tube container with 17 million volts. It's the perfect way to contribute to yourself and a good cause. You are providing a means of protection and self defense for yourself and contributing to the fight against Breast Cancer. This disguised unit will provide you with that window of opportunity to run. Run to a safe place where there are people if possible.

Protect yourself with the Police Force Tactical Stun Flashlight which provides 9.2 Million Volts of power. This unit is perfect for military, police, security guards, and civilians. Carry this unit with the included holster, in your hand using the wrist strap, pocket, purse, or book bag. Take the stun flashlight with you on camping trips, put one in your bug out bag or add it to your survival gear supplies. Usage of this unit is endless. 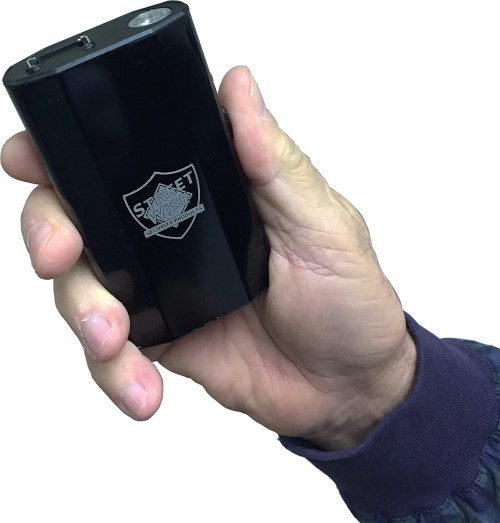 3N1 Charger features a 28 Million Volt Stun Gun, Flashlight and Power Bank. It is made out of Military Grade aluminum alloy which protects the Charger from damage. It has a removable cap that covers the stun contact area and the stun button. This conceals the stun gun features until you are ready to use it.